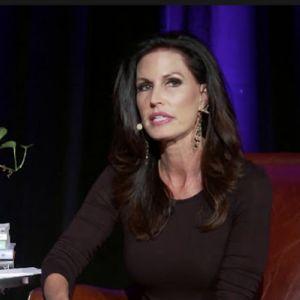 From NewsBusters — posted 2 weeks ago

TheBlaze reported that Penny Nance, the CEO of the Concerned Women for America (CWA), was locked out of her account after she referred to Lia Thomas as a “man.” Thomas is a transgender woman who won awards by competing in female swimming events.

Nance tweeted the story of a swimmer who was displaced by Thomas. The swimmer said that officials “cheated” when they awarded Thomas.

For her part, Nance told TheBlaze that she stood by her tweet:

“Truth is powerful. My twitter account was suspended for making a factually true statement: ‘Another woman displaced by a man’ along with [TheBlaze] headline, ‘Swimmer who tied Lia Thomas in 200-yard freestyle says officials cheated her on podium: ‘We just want Lia to hold the fifth-place trophy.’ I was told by Twitter that this was ‘hateful speech,’ and the only way I could get reinstated onto the platform was to delete my tweet and admit wrong. I won’t do it. I’m not going to pretend that reality is not true. A young woman athlete was displaced from the trophy podium because the NCAA wanted a picture of a man, who wants to be a woman, holding the trophy. CWA will continue to fight for female athletes, and I am thankful Elon Musk, an avid supporter of free speech, will be taking over the platform, and [CWA will] join him in the idea that more voices and more speech is better. Hopefully, he will let me out of Twitter jail soon.”