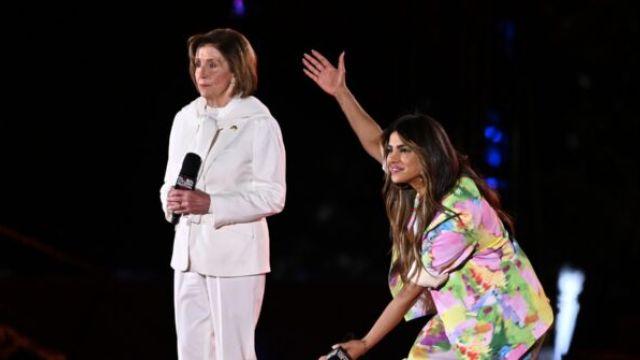 The welcome was anything but warm for House Speaker Nancy Pelosi on Saturday night as she was booed on stage at the Global Citizen Festival after being introduced by Indian actress Priyanka Chopra Jonas.

Pelosi, 82, was attending the gathering in New York’s Central Park with husband Paul when Chopra Jonas invited her to appear before the crowd of music devotees. The result was underwhelming for them both.

As Pelosi set out plans heading for Congress to tackle climate issues, members of the audience could be heard booing the veteran Democrat even as she expounded on carbon pollution and “climate change.”