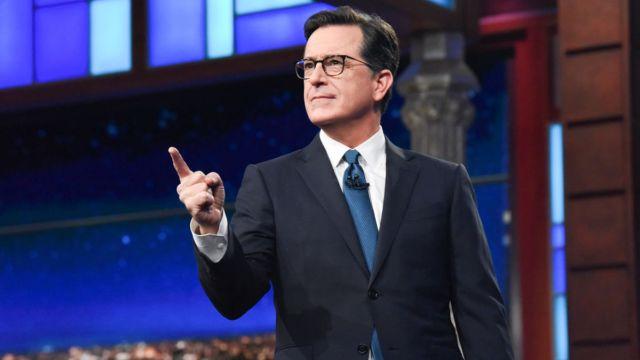 On Tuesday night, apparently referencing Will Smith’s slap of Chris Rock at the Oscars Sunday night, late night host Stephen Colbert, in his usual snide fashion, mocked Fox News reporter Peter Doocy and suggested he be slapped for simply asking President Biden what he meant when he said that the U.S. would respond “in kind” to any use of chemical weapons by Russia in Ukraine.

He instructed that the video be played in what he believed was a suave manner: “Jimmy, drop the deuce. “