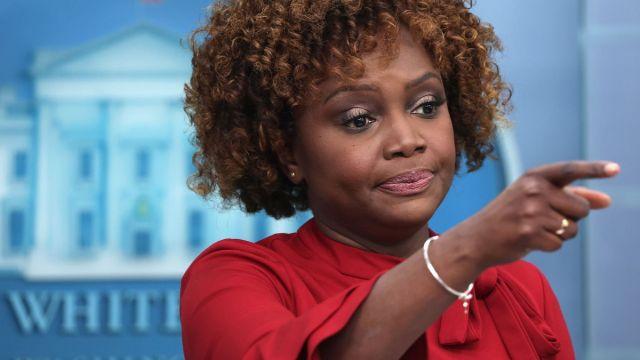 The White House cannot admit the truth about the state of the country, so they are doing the next best thing — denying any problem exists at all, especially as it relates to the economy, the border, and life in the womb.

Biden, known for tall tales and wandering aimlessly, apparently has his press secretary Karine Jean-Pierre focused on dodging any difficult question. Instead, she simply spews nonsense.

On Friday, Jean-Pierre stated that Biden is working to bring down inflation “without sacrificing all of the historic gains that we made this past year and life-changing economic gains this country has made over the last 19 months.”

Pardon? “Life-changing” isn’t always a good thing. Under Biden, life has changed for the worse.

Jean-Pierre’s comments came just hours after the Heritage Foundation released a study showing that the average American has lost the equivalent of $4,200 in annual income since Biden took office.