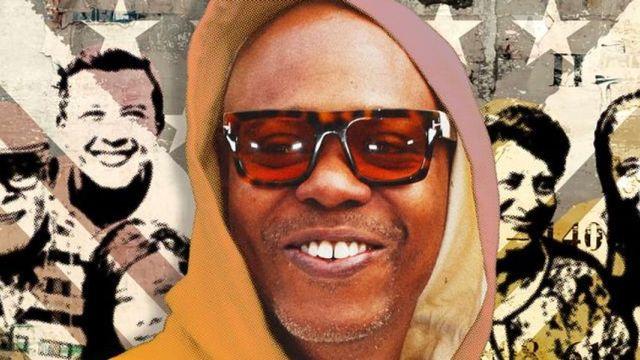 Will Smith did not beget Isaiah Lee, the 23-year-old wannabe rapper who attacked comedian Dave Chappelle.

On the surface, it makes sense to assume that the Will Smith “slap heard ‘round the world” inspired Lee to run on stage at the Hollywood Bowl and tackle Chappelle Tuesday night.

A month ago, Smith struck Chris Rock on the Oscars stage, calmly sauntered back to his front-row seat, berated Rock from the audience, and 20 minutes later returned to the stage to deliver an acceptance speech for the night’s biggest award. Smith and the Academy Awards set an ugly precedent. The wildly popular actor assaulted an extremely popular comedian for a harmless joke and suffered no real consequences for his lawless behavior.

Like the rest of America, I’m sure Lee took note of Smith’s brazen act. But I’m equally sure Isaiah Lee did not fashion himself as the second coming of Will Smith, a billionaire celebrity.

No, Lee’s role models are the entitled, angry, and identity-confused victims who fashion themselves as social justice warriors under the names Black Lives Matter and Antifa, the enforcement arms of the Democratic Party and the LGBTQIA+ Alphabet Mafia.

Like the rest of America, for nearly a decade, Lee has watched BLM and Antifa rioters burn and loot cities and physically intimidate and harass their opponents without suffering legitimate consequences for their lawless behavior. If a BLM or Antifa supporter sees or hears something they don’t like, they’ve been encouraged to take swift, violent action in response. Kamala Harris, LeBron James, and social media influencers will defend their actions and raise money for their legal defense.

That is the fate Isaiah Lee envisions for himself. He sees himself as a mercenary in the BLM-LGBTQIA+ replacement theory culture war. He expects to be treated as a hero among the confederation of revolutionaries replacing “Western Civilization-prescribed, nuclear family structure with extended families and villages that collectively care for one another, especially our children, to the degree that mothers, parents, and children are comfortable.”