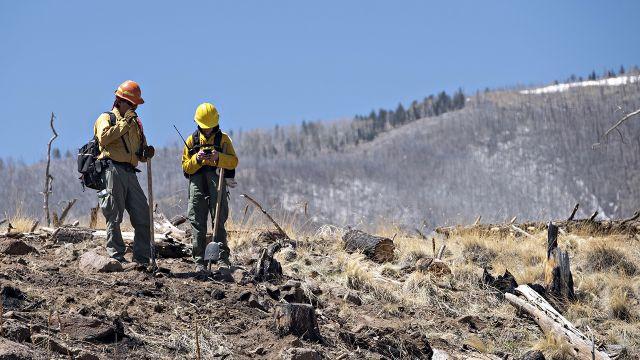 Wildfires threatening communities across the country have already scorched thousands of acres this week and authorities in southwestern Nebraska said Saturday that crews were making progress fighting blazes that forced evacuations.

Pushed by strong winds over tinder dry forest and grassland, wildfires were reported Friday from northwestern Kansas to Cambridge, Nebraska.

There were no immediate reports of damage to homes or businesses.

While the Nebraska Department of Transportation said Saturday morning that conditions had improved – with some churches, schools and roads reopening – the risk of fires and significant blowing dust continues.

This comes as firefighters worked to contain large fires in Arizona, Colorado and New Mexico.

Fox Weather reported Friday that residents of Colorado Springs were forced out of their homes by a blaze first spotted near Interquest and Interstate 25.

While firefighters were able to knock down the fire and reported no structures were lost, road closures and evacuations will remain in effect for the near future.