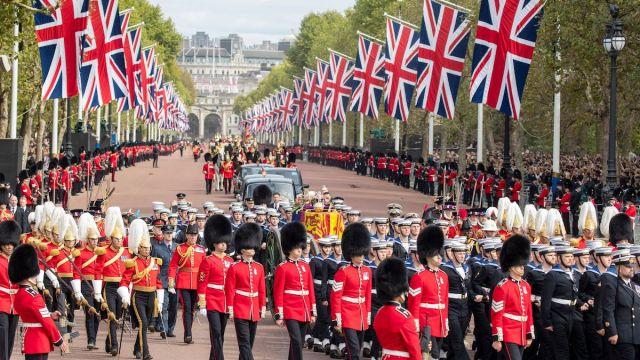 LONDON – On a fittingly gloomy day, thousands filled the streets of London on Monday to say goodbye to Her Majesty, Queen Elizabeth II, in hopes of seeing her casket carried through the city as part of the royal procession for her grand state funeral.

The Queen’s casket first departed from Westminster Hall, where she had been lying in state, to Westminster Abbey. At the Abbey, the Queen received a funeral service attended by 2,000 individuals, including heads of state from around the globe. President Joe Biden and first lady Jill Biden were in attendance.

Throngs of people from around the United Kingdom began lining up Sunday night to secure a spot in the crowd to say their final goodbyes to the monarch who served her country for 70 years on the throne. Many began making preparations for this historic day as soon as they heard she had passed away on September 8.