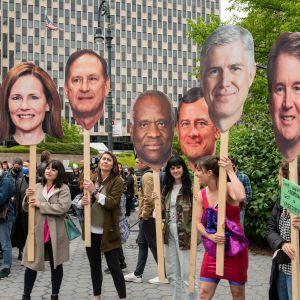 From Newsmax — posted 2 weeks ago

Just over 75% of likely voters oppose publishing the home addresses of the conservative Supreme Court justices and are against calling for protests at the justices’ homes by pro-abortion activists, according to a new poll by the Convention of States Action and the Trafalgar Group.