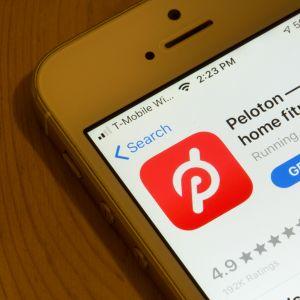 The U.S. House of Representatives will soon offer staffers in Washington D.C. and in district offices free Peloton memberships at taxpayer expense, according to a report.

Fox Business reported Friday that a draft email from the office of the chief administrative officer says that the new “premier employee benefit” will be made available to all Capitol Police officers, as well as congressional staffers, who each will get both Peloton All-Access and a Peloton App membership for free.

The government reportedly has a contract with the company — known for its stationary exercise bikes and online fitness class subscriptions — to offer the free membership benefits to an estimated 10,000 House staffers and 2,300 Capitol Police officers.

According to Fox Business, the contract requires a $10,000 upfront payment to Peloton, as well as an additional $10 per month charge for each staffer or officer who uses their membership. Those rates are slightly discounted from what other Americans pay; a Peloton All-Access Membership costs $39 per month and a Peloton App Membership costs $12.99 per month. If everyone eligible for the benefit takes advantage of it, it could cost taxpayers as much as $120,000 per month, $1.4 million annually, and $14.4 million over the next ten years.